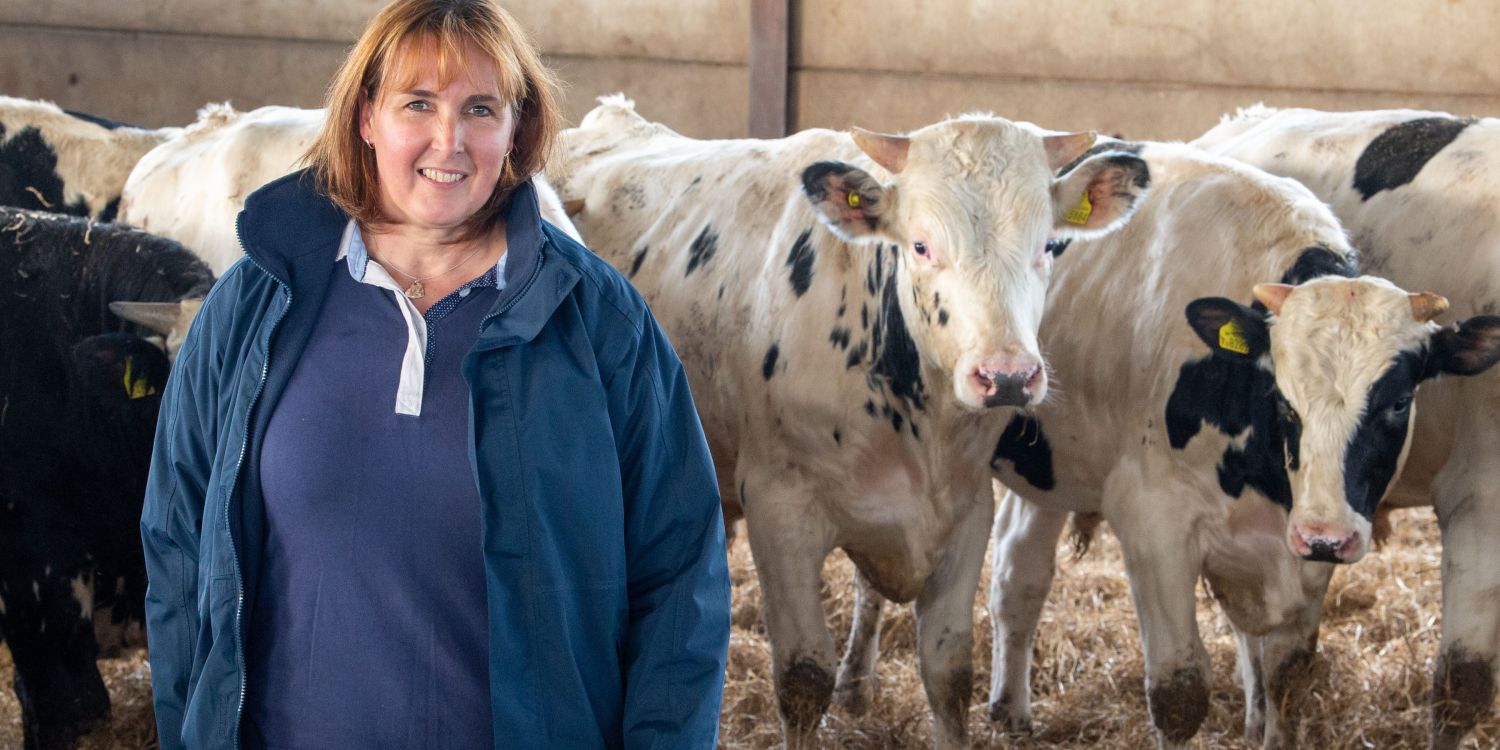 Buitelaar Finisher Shortlisted For Beef Innovator of the Year

Implementing a simple, yet efficient system on farm has led Louise to become shortlisted for the Beef Innovator of the Year British Farming Awards.

The farm in Yockleton has been home to the Tudor family for over 72 years with a variety of different enterprises. Prior to taking on their first batch of Friesian bull calves in 2016 Louise, alongside her late husband Jonathan and father-in-law Alan, began to rear and finish British Blue calves for Buitelaar.

With up to 650 Fresian bulls on farm at any one time, consistency and efficiency is key and as a result of improved feeding and management protocols, Louise is now finishing the bulls at 11-12 months of age, helping increase throughput dramatically.

“When we first started having the weaned calves at 4 months, we were originally getting them out at 13 months and weight-wise we were averaging 220kg. Since then, we have tweaked the TMR ration, and I leave this ration in front of them at all times - we’re now consistently achieving around 248kg average carcass weight.”

Working off a daily liveweight gain of 1.4kg, Louise can work out when each animal will leave the farm.

“By getting these cattle through sooner, we’re then able to get more through. Originally, we’re taking three hits to empty a pen, now were getting it down to two hits easily.”

As well as strict feeding and management protocols, time efficiency is also key for Louise, particularly as she works alone on farm.

“My partner had a friend over in the east who tried the natural sheeting on their silage pits for years, so we thought we’d try it out.”

Using a natural system like this is a lot less work for Louise and allows her to concentrate on other priorities on farm.

“The waste that you often find on top is minimal compared to when we used to sheet it - it’s a lot less work for me. I’ve also tested it throughout the year. Obviously last year we had a considerably wet year and I wanted to see if it affected the dry matter, and it hadn’t – I haven’t looked back since.”

Louise is now on track to finish well over 1000 cattle this year, making her one of Buitelaar’s biggest finishers.

“When things stand still that’s when it starts to go downhill - so you’ve got to keep looking ahead and make those small changes. We did a 6 year eco project with Mc Donald’s and we were consistently in the top 10 for low carbon emissions for our system.”

For more information on our underwritten contracts, click here.